About Temples Of Jaipur

Temples are the centers of faith. In our country, temples have not only religious but also the importance of science. Not only for the forts and palaces of the Pink City, but the temples also have a different place in the hearts of the people. The temples of Jaipur are not just their beauty but are full of unique and amazing crafts and sculptures. Jaipur is packed with many temples whose beauty is longing for a glimpse of its beauty. By the way, you will be able to experience the beauty of the temples of Jaipur only after going there.

But Today you will take a virtual tour of the temples of Jaipur here. Here today you will be able to know what is the specialty of which temple. Here today you will get to know about the history of temples as well as their importance. Here you will know the exact time of opening and closing of the entrance of the temple complex in Jaipur.
As we know the temple is the heartbeat of Jaipur. The temples of Jaipur have a major contribution in tourism. The history of Jaipur temples is hundreds of years old. Most of the temples here are built by the rulers who ruled Jaipur. The temple here is made of red sand, beautiful stone and marble. The temples here have supernatural and wonderful carvings. Jaipur is a city that is covered in history, heritage, culture, and beauty. Like the people here, the temples here are so beautiful in themselves that if once visited these temples, then the desire to visit again and again will be awakened.
If you are fond of visiting historical places, then you must definitely see the beauty of Temples in Jaipur. Because the temples here hide history as well as unheard stories. 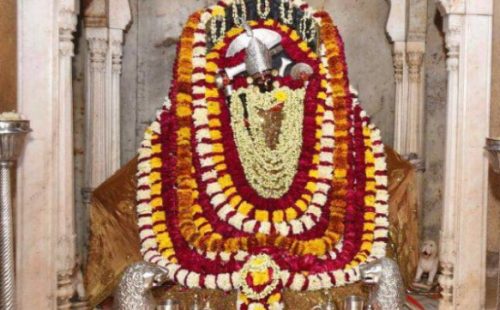 Shila Devi Temple is one of the most popular and visited temples in Jaipur. Although there is always a large crowd of devotees who visit here, but on the sixth day of Navratri, special worship of the Goddess is offered and there is an influx of devotees. This magnificent temple of the Goddess is built inside a famous Amer Fort, which was built by Maharaja Mansingh.

Opening And Closing Time of Shila Devi Temple of Jaipur 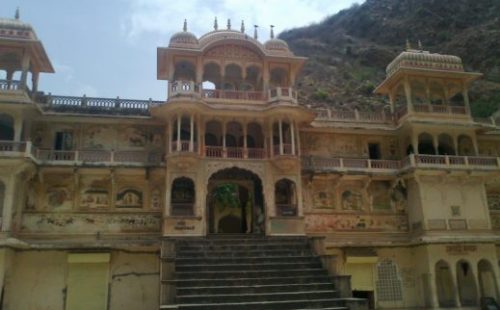 If you are fond of visiting historical temples and you are in Jaipur, then you are expected to visit Galata Ji Temple at least once. Galta Ji temple is named after Maharishi Galav, who built this temple. It is a different piece of beauty that people come from far and wide to see. It is located just 10 KM from Jaipur city. There are 7 tanks built by nature in the temple complex. In which there is the most sacred Galta Ji tank whose water never dries up.
On the day of Makar Sankranti, devotees come to bathe here. It is said that by taking a bath here, dirt and sins are washed away. A large number of monkeys are found in the temple premises, which adds to the beauty of the temple. These monkeys are of human nature which you can feed anything without any fear.

Opening And Closing Time of Galta Ji Temple of Jaipur 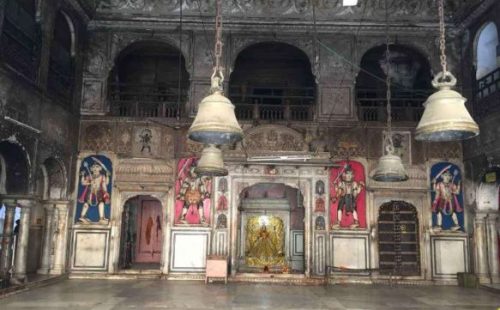 Tarakeswar Mahadev Temple is a beautiful specimen of the city of Jaipur. This temple is of Lord Shiva where a large crowd of devotees of Lord Shiva comes daily for the whole year. This temple of Tarakeshwar Mahadev is one of the old and recognized temples of Jaipur city. It is said that the idol of Lord Shiva originated from within the earth. The diameter of the Shivling is 9″. There is a divine statue of the brass of Nandi near the Shivling. Statues of Lord Ganesha as well as other deities are also in the temple of Lord Shiva here.
By the way, devotees of Lord Shiva keep coming to the temple of Tarakeswar Mahadev for their divine darshan throughout the year. But on the occasion of the holy festival of Mahashivaratri and Ganesh Chaturthi, devotees eagerly wait for the whole year to see God. And when these festivals are celebrated, then huge groups of devotees come to see God.

This temple has always remained a center of attraction for the devotees of Lord Ganesha. Millions of devotees come from far and wide to get a glimpse of God. Garh Ganesh Temple is one of the ancient and famous temples of Jaipur, which was founded by Maharaja Sawai Jai Singh l. This temple was established during the establishment of Jaipur. This temple is situated near the Nahargarh fort and Jaigarh Fort above the Aravalli Hills and it can be seen from almost everywhere in the city of Jaipur. Although there is a huge crowd of devotees throughout the year to visit Lord Ganesha, but when the festival of Ganesh Chaturthi is celebrated then there is an influx of devotees in the temple here. A fair is also held in the temple premises for 5 days at the festival of Ganesh Chaturthi.

Opening and Closing Time of Garh Ganesh Temple Of Jaipur 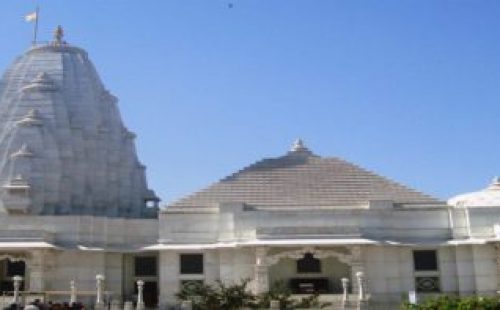 Birla Mandir is built in various cities of India. There is also a Jaipur in these cities, where a beautiful Birla temple filled with beautiful carvings is located. The temple is worshiped by Lord Vishnu and his consort Lakshmi, the goddess of wealth. This temple was built by GD Birla which shows his faith in Lord Vishnu. The temple is made of white marble with amazing carvings on its walls. There is a lawn of beautiful green grass around this temple, which adds to the beauty of the temple. The walls here are engraved with an abundance of Bhagwat Geeta, verses, and scenes that attract devotees to the temple. Here the devotees feel a different peace and relaxation in the temple premises. Situated in the hills of Moti Dungri in Tilak Nagar, Jaipur city, this temple contributes significantly to the promotion of tourism in Jaipur. If you are in Jaipur, then you must visit God at least once and see the attractive beauty of the temple. 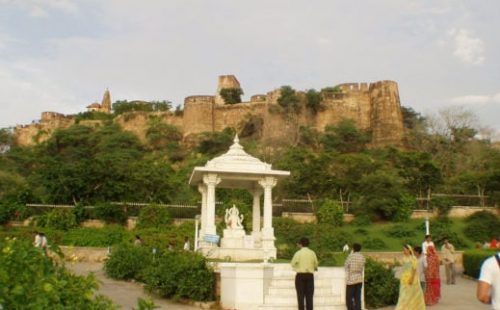 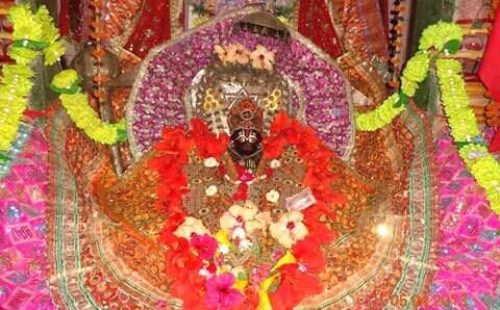 Kale Hanuman Ji Temple as it is clearly understood by the name that this temple is dedicated to Lord Hanuman. This temple in Jaipur city is not just the place of devotion of Hanuman devotees but it is a wonderful and unique specimen where the statue is not of red or saffron color but of black color. The same attracts not only devotees but also tourists visiting Jaipur. This temple is located near Hawa Mahal and is thousands of years old. There is always a rush to see God here, but on Saturday, devotees throng to see the idol of God. If you are a little curious to see the unique arts and you have come to visit the city of Jaipur, then you are expected that your Jaipur trip will be based without seeing God. 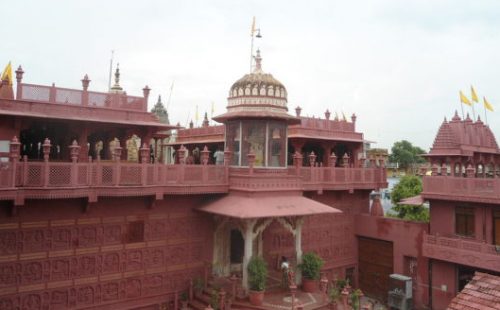 The Sanghiji Sri Digambar Jain Temple is a beautiful marvelous specimen built by humans. This temple is located in Sanganer district, just 16 KM from Jaipur city. This temple is made of red stones. The temple mainly houses the statue of Lord Rishbanatha. Rishabhanatha was the first Tirthankara of Jainism also known as Adinath. After entering this temple one experiences a different peace that attracts the devotees to the temple. There is also a holy place in this temple complex which is protected by the snakes there. When you go to the temple premises, you will feel that a positive energy is going inside you and all your problems and tension are over. Therefore, you are expected to visit here to experience peace and abundance. 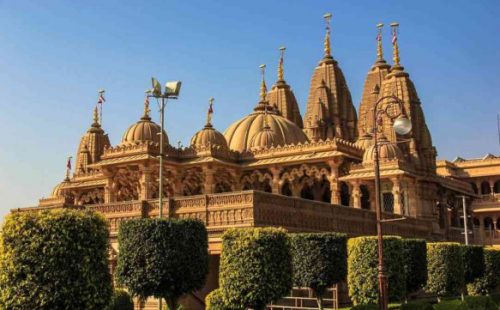 The Akshardham temple of Jaipur city is covered with a sheet of beauty and culture. This temple with its beautiful amazing carvings and unique architecture attracts tourists from abroad. Tourists coming to Jaipur must visit the temple situated at least once in the beautiful lap of nature. The main idol here is of Lord Narayana. This temple has always been the center of attraction for the devotees of Lord Narayana. Here the mind feels a different peace in the temple premises. The carvings and mantras written on the walls here reflect the culture and significance of Hinduism. This temple attracts tourists so much that their eyes rest on the amazing beauty of this temple and it does not go away. Here people of different religions come from different countries to see the beauty of this temple and go back capturing the views here.

Opening and Closing Time of Akshardham temple of Jaipur

Must Read: WTP in Jaipur